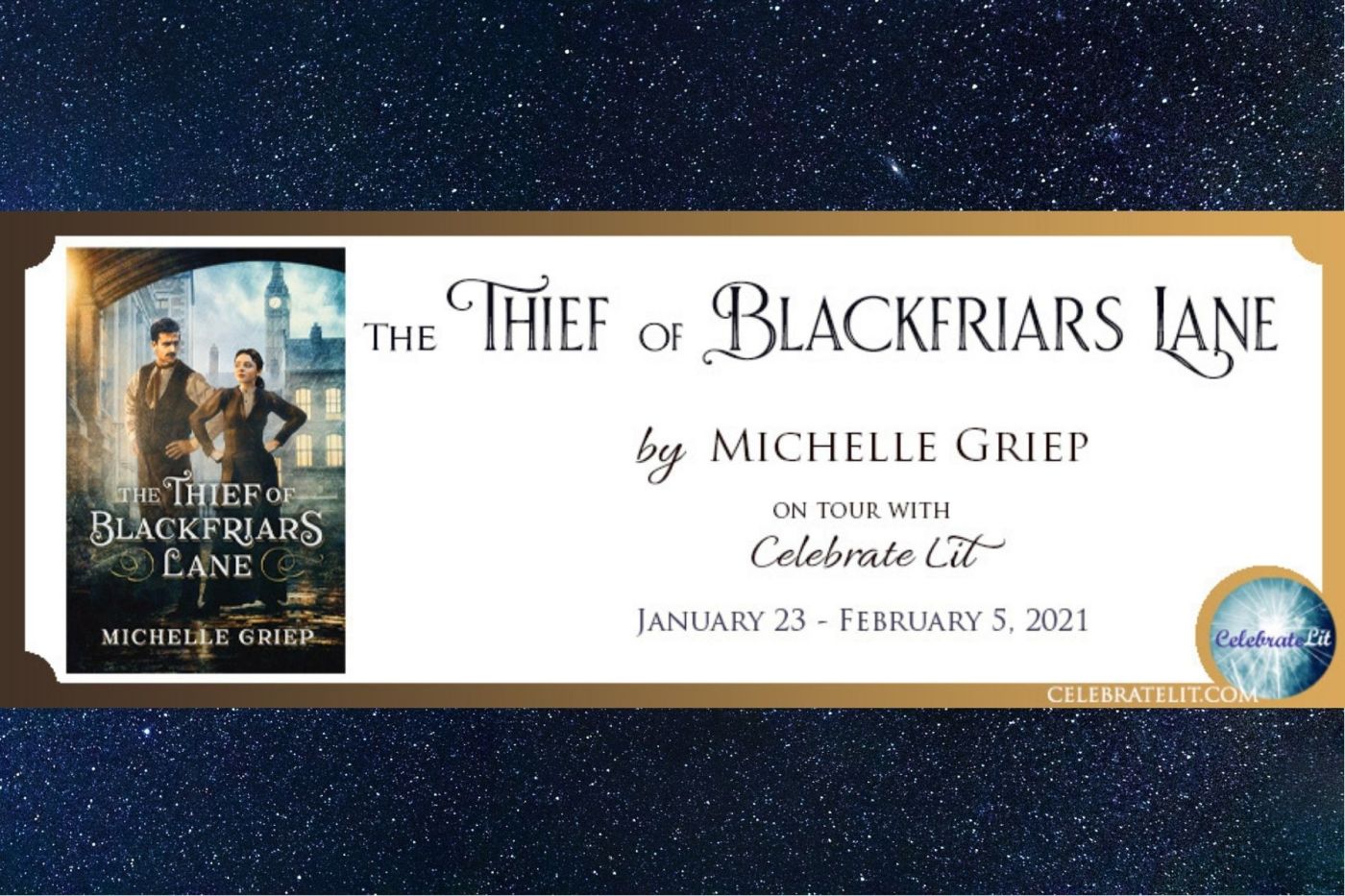 Constable Jackson Forge intends to make the world safer, or at least the streets of Victorian London. But that’s Kit Turner’s domain, a swindler who runs a crew that acquires money the old-fashioned way—conning the rich to give to the poor. When a local cab driver goes missing, Jackson is tasked with finding the man, and the only way to do that is by enlisting Kit’s help. If Jackson doesn’t find the cabby, he’ll be fired. If Kit doesn’t help Jackson, he’ll arrest her for thievery. Yet neither of them realize those are the least of their problems.

I really liked this book! From the first page, I was swept into the story.
The story takes place deep in the heart of London. It was interesting learning more about the people who lived in the shadows of the rich. Jackson and Kit were so fun to get to know. Kit was my favorite though. She had a lot of spunk and determination. I love how she cares about those around her. I liked Jackson. He grew on me. Some of the characters I did not like at all. The mystery throughout this story was intriguing and captured my attention.
Weaved throughout this story is the Lord’s truth and forgiveness. I think the reader can learn right along with Jackson and Kit. Michelle Griep has written a wonderful story that whisk you away to another time and place.

I recommend this book to my family and friends

I voluntarily reviewed a complimentary copy of this book which I received from the publisher. All views expressed are only my honest opinion.

Michelle Griep’s been writing since she first discovered blank wall space and Crayolas. She is the Christy Award-winning author of historical romances: A Tale of Two Hearts, The Captured Bride, The Innkeeper’s Daughter, 12 Days at Bleakly Manor, The Captive Heart, Brentwood’s Ward, A Heart Deceived, and Gallimore, but also leaped the historical fence into the realm of contemporary with the zany romantic mystery Out of the Frying Pan. If you’d like to keep up with her escapades, find her at http://www.michellegriep.com or stalk her on Facebook, Twitter, and Pinterest

I admit it. I like kid’s movies. You know, the animated sort that entertain both young and old alike. One of my favorites is Zootopia, a rollicking adventure about a bunny whose dream it is to be a police officer and make the streets of the big city safe for all animals. In fact, I loved it so much that I thought why not set it in Victorian London?

And that’s what The Thief of Blackfriars Lane is all about, but that meant I had to do a little digging into the history of police force of the late 1800’s. Here’s what I learned…

The Metropolitan Police (founded in 1829 by Robert Peel) was composed mostly of young men, many of whom were recruited from rural areas. Few were from London, the philosophy being that they would thus be free from local patronage and influence.

It is a bit of an anomaly that hero Jackson Forge and his friend, Officer Baggett, carry a sidearm. Some did, but most relied on truncheons. It was up to the officer. Revolvers were usually only supplied after the death of a police officer by an armed criminal, at the discretion of the Divisional Officer, or if a constable requested to use one during night duty. In 1884, after the deaths of several police officers, the Home Office ordered nearly a thousand revolvers from Webley & Scott to be issued to branches of the London police. . .which is where I got the idea of a shipment of guns for the villain to attempt to steal.

Police detectives were recruited from within the ranks of existing uniformed officers. There were actually women on the force at the time, employed as police matrons. But these were behind-the-scenes workers, tasked with guarding women and children. If my heroine, Kit, were to be out in public, serving as Jackson’s assistant, she’d have to keep her job secret. The first female police officer wasn’t seen on the streets until 1919.

And so, armed with that information, I wrote the adventures of not a police bunny and a con artist fox, but of Jackson Forge, a fresh-faced constable, and his thorn in the side, swindler Kit Turner. Snatch up your own copy and enjoy a visit to Victorian London!

She Lives To Read, January 25

Where Faith and Books Meet, January 25

Reflections From My Bookshelves, January 27

For the Love of Literature, January 28

For Him and My Family, January 31

Through the Fire Blogs, February 1

A Good Book and Cup of Tea, February 5

To Everything There Is A Season, February 5 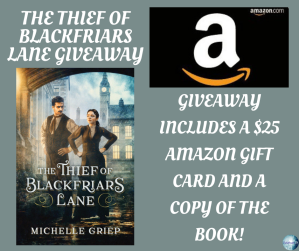 To celebrate her tour, Michelle is giving away the grand prize package of a $25 Amazon gift card and a copy of The Thief of Blackfriars Lane!!

Be sure to comment on the blog stops for nine extra entries into the giveaway! Click HERE to enter.

One thought on “The Thief of Blackfriars Lane by Michelle Griep”